According to Statista last year 42 percent of software developers used React Native for cross-platform and hybrid app development for their projects. What is the basis of their choice? 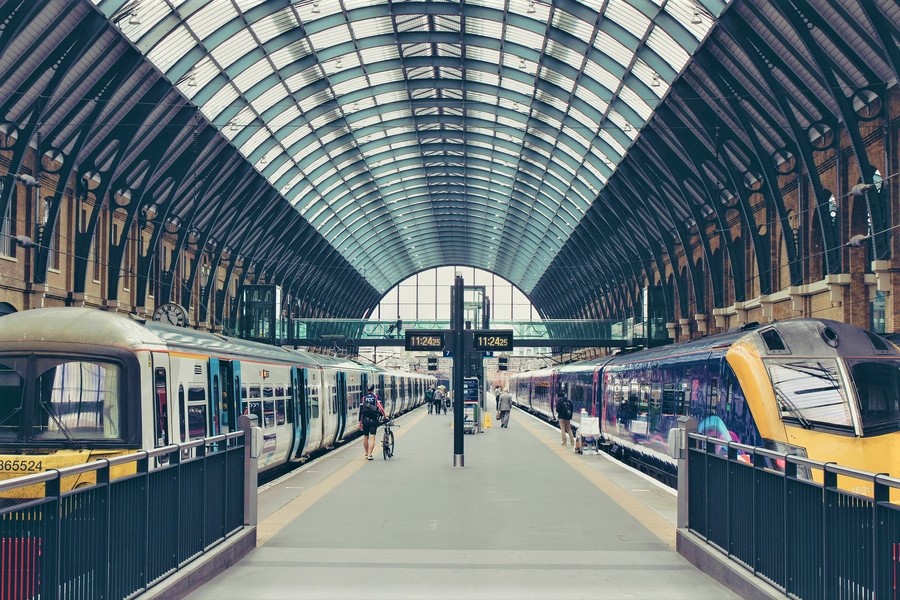 Facebook disrupted the mobile market five years ago with React Native that remains a storing leader of the cross-platform sector. was able to shake its position but its origins allowed it to stand confidently and continue taking a bite from Android and iOS native coding.

and approaches to mobile app development became a game-changer especially for the business sector that became able to reach its goals without significant time and financial investments. Clearly, such a boost has a price.

Before digging into the framework pros and cons it makes sense to understand what it presents itself. To be natively rendered it employs UI controls that are specific for Android and iOS. It’s based on Javascript and to complete the integration it uses a JS bridge that executes its runtime.

To run seamlessly on each platform during the development are used specific file extensions and native components that come in a compiled WebKit engine along with JS runtime and add a couple of MB to an app size.

React Native development tools complete a mature ecosystem comparable to both mobile OS. There are what to choose from when it comes to IDE (Visual Studio, Nuclide, etc.), debugging (CDT, Reactron, etc.), UI frameworks (Material Kit, Native base, etc,) and testing. As local databases can be used Firebase (review the ) or Realm.

The framework quickly earned a large supporting community and a big number of adopters since it was able to stay competitive in comparison to native development languages (Java/Kotlin for Android and Objective-C/Swift for iOS) in the crucial aspects and at the same time opening new opportunities. Beneficial React Native features include:

React Native cross-platform essence implies its actual native performance on both the most widely distributed mobile OS. This fact is even more valuable considering that it’s achievable using shared code for Android and iOS. In some cases, platform-specific files can even not exceed 1 percent of the total amount. For instance, the mutual part is 93 percent for Facebook and 85 percent for Skype mobile apps. The part of appreciation the framework earns from its web origins - React - JS library that combines simplicity and efficiency. In particular, its declarative essence enables proper UI synchronization. Also, components with quite precise state props ensure handling the scalability even for the large code as well as an easier learning curve for web developers.

Build performance is a crucial factor for efficient development. In the aspect of the iteration speed, React Native apps severely surpass native applications usually not exceeding a few seconds thanks to hot reloading.

It enables app running during the injection of new file versions changed at runtime and ergo does not result in state losses. All adjustments have an immediate impact. The common reason for the preference for native app development is performance. Such underestimation of possibilities of cross-platform frameworks often leads to higher investments in the project development that sometimes won’t fully pay off.

With the right approach, the results of React Native hybrid app development show more than comparable readings making it a suitable choice even for the solutions even with a large audience. Review the difference yourself for a simple four-tab app.

Native in the title outlines that the framework is properly backed by native to enable the implementation of a wide amount of functionality. Wrapping required native elements on Android and iOS allows their seamless performance in React Native. Its JS nature gives the ability to use the code as the basis for other web projects. The framework is open-source that only underlines its flexibility and regular improvement empowered by contributions from the community that’s aware of the constantly changing market demands and able to make required adjustments to global React Native application development.

For any startup, the time-to-market, as well as finances, are key . A sharing-code feature between Android and IOS notably shorting time without significant performance sacrifices. That, in its turn, cuts React Native app development cost and all operational expenses and allows attracting more funding and first customers faster.

Clearly, all of these framework benefits are impossible with few compromises that should be taken into account before the choice of the tech stack and namely:

Some app features like access to device parts (camera, sensors, memory, etc.) or other native app data can’t be implemented without native coding even despite quite a wide choice of React Native APIs. So-called bridges that establish a connection between RN and native are not that easy to “build” and have some pitfalls.

Android and iOS offer different interfaces and experiences to the users which is defined by and navigation specifics. The framework doesn’t cover all necessary integration processes that can be done only with additional coding efforts.

With the project growth React Native development environment requires extra commits to its core as well as to the framework as well for the following app creation and maintenance. It puts an additional burden on the engineers. In some cases, the resolution of such conflicts can be extremely difficult. Despite that Javascript is a uniting link with web development that eases the implementation of multi-platform projects it can be a stomping point. It comes from the language cons like the lack of type safety that makes scaling and refactoring more difficult.

React Native is executed on a JavaScriptCore environment. While iOS comes with its own, Android uses the one offered by the framework that can require significant updates. Also, it should be considered that JS runs on Chrome’s V8 engine when the debugger is already attached that can rarely but lead to noiseless failures.

The open-source status comes with its cons since not all libraries with native bridges are created by engineers with even expertise in web and mobile app development. That’s why their usage results in certain inconsistencies and some possible bugs are unpredictable.

React and React Native aren’t results of the prominent idea but rather the work done to adjust available tooling to the particular needs. Therefore it’s clear that Facebook used its cross-platform framework to develop its own products like that till now is one of the best React Native apps.

Despite the app logic complexity that implied multiple management and maintenance tools like modes, dates, currencies, etc. the cross-platform framework was able to embrace it and became a part of the core tech stack of a high-performance app. Another market giant had a different experience. They’ve chosen React Native development framework for their app and been able to achieve some key goals with it. However, their workflow approach and the balance between pros and cons made the team look for the new platform to simplify the development process and perfect the project.

There are other multiple successful examples and, in particular, in Springs . However, each situation is unique. The most efficient way to discover if your project meets React Native development requirements or not is a performed by a qualified development team.