Why Use Flutter for Your Startup

Going mobile only or shooting for multi-platform? Learn why it doesn't matter anymore if you choose Flutter for your startup. 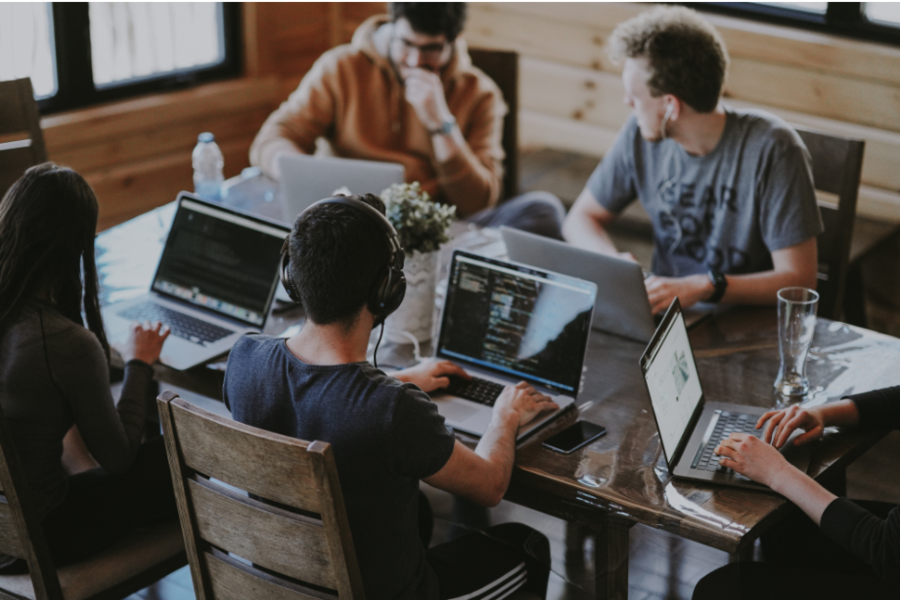 Flutter is athat has been developed basically to change the approach to cross-platform mobile application development. A beta version of this open-source framework was released in 2015 during Dart developer summit under the name “Sky”. It was created for running on Android OS only and rendering up to 120 frames per second.

The “stable” version Flutter 1.0 was released on December 4th, 2018 and was accepted with open arms by the worldwide developer community. It followed up by the new stable release of the version 1.5.0 on May 7, 2019. Creators also stated an intention to go multi-platform, in other words, cover desktop, web and even coding for the embedded devices. The preview for the web is already available for testing.

Creating a novelty project from scratch comes with a batch of challenges on each aspect of the development process. The only way to make it easier is to find the right people and the right tools. The era of choosing Flutter for mobile apps has already begun and there are several convincing arguments showing that you should follow the example of big players like Alibaba and enter it.

Strict release deadlines often result in the number of shortcomings that should be fixed afterwards. Not to mention that users won’t forget to remind that the way to perfection is infinite so development teams always have things to polish. But for the best user experience, it should be left unnoticed.

Deciding to build a Flutter app simplifies not only the creation process but also the integration of all future updates. To add, adjust or discard changes is easier with this SDK and even more importantly it’s unnoticeable for app users. This feature is known as “hot-reload” doesn’t demand a restart or bring a state loss and at the same time all modifications, in the majority of situations, are applied instantly.

What creates the initial impression of the app? UI. The high competition within the mobile segment of the IT market makes focusing only on the functional lead only to a dead end. Using Flutter for mobile app development allows the quality implementation of both aspects. Developers can choose from three options:

Own widgets. To distinguish the product in the eyes of a user from the first glimpse Flutter developers in Ukraine and all around the globe can come up with unique simple and complex graphics and animations since this framework doesn’t require any excessive efforts to do so.

Basic widgets. If the goal is to stick to the OS styles than employing two built-in sets of widgets are a clear choice. Material Design collection for Android and Cupertino for iOS is a time-saver option in the development process of this kind of UI.

No widgets. Flutter toolkit doesn’t demand the utilization of such interface components. The way around is to interface with “canvas” commands to create required graphic forms by using directly the methods of the Foundation library. This Flutter feature has found implementation also in other frameworks.

Whatever option meets your project requirements hassle-free designing process is guaranteed as well as flexibility and efficiency of the completed app.

What are startups main concerns? Funding, security and the lack of support. Such classification of the framework partly takes care of them. These solutions are usually cost-effective and come with lower maintenance expenses.

Flutter is a good example to see all the advantages of open-source frameworks. Opting for the UI toolkit with Dart “core” allows giving the project the required level of flexibility and security as well as the professional community support.

To get the recognition it’s better for startups not to focus on one marketing channel as well as one kind of platform. Ease of access is what users always expect. They don’t want to be dependent on a particular device to get the required experience.

Initially being cross-platform Flutter for mobile app development is a cheaper option which needs less time for simultaneous release on Android and iOS. Stated by Google course for this SDK shows the potential for growth for any startup by going web, desktop or even embedded.

To summarize by opting for Flutter app development companies get:

Despite being a relatively new technology the technology has collected quite a “portfolio” already. Google dev team shared an open list to which any products of Flutter development 2019 or earlier can be contributed. Let’s check them out to discover that almost any kind of startup can benefit from using this SDK.

The existence of this app promotes the “yes” answer to the question:Once the owners of initially an iOS project only decided to go Android they realized that their first technology choice for cross-platform development was not the best. Flutter became a rescue option for this AI-based journal for mental health support. By dedicating a little more time for coding they saved a lot of time on fixing. Notwithstanding the beta status of the framework, there are no critical issues were found since the release. This mobile smart navigation app released for both Android and IOS gives access to actual reviews and ratings of local or foreign places that a user may like. A suggestion is being made based on analysis of geotagged data collected from popular social networks.

This movie theatre guide is an implementation of the new Flutter strategy. It's a multi-platform app that shares with web 40 percent of the code of mobile releases. The browser version was also upgraded toby using AngularDart. The framework allowed implementing stylish minimalistic design and required features that include movie profile search, showtime, and theatre navigation in Finland (by city) as well as reservation and purchase of tickets.

Why use Flutter for MVP development

The creation of Minimum Viable Product () is an appropriate approach to startup development regardless of their funding, deadlines, status and even goals. This issue makes Flutter a convenient solution for the early stages of the development process as well thanks to the ability to set its optimal workflow and following support for several platforms.

The quality/cost ratio makes this Dart-based UI toolkit the best choice for the SME market and even conglomerates. It leaves the area for testing and analysis without spoiling initial customer impression. It allows it to grow easier to the engagement with time and appropriate app improvements that can be made regularly and with no interruptions to user sessions.

Springs teamframework concludes that it’s a boost of development efficiency that startups needed for years due to the lack of professional support and business running experience in such enterprises. This open-source SDK deserved to be at least considered for your new groundbreaking project.