Why Use Vue.js for Your Next Project

React and Angular were around for a few years and quite appreciated who would’ve thought of the appearance of the novelty approach to building user interfaces. 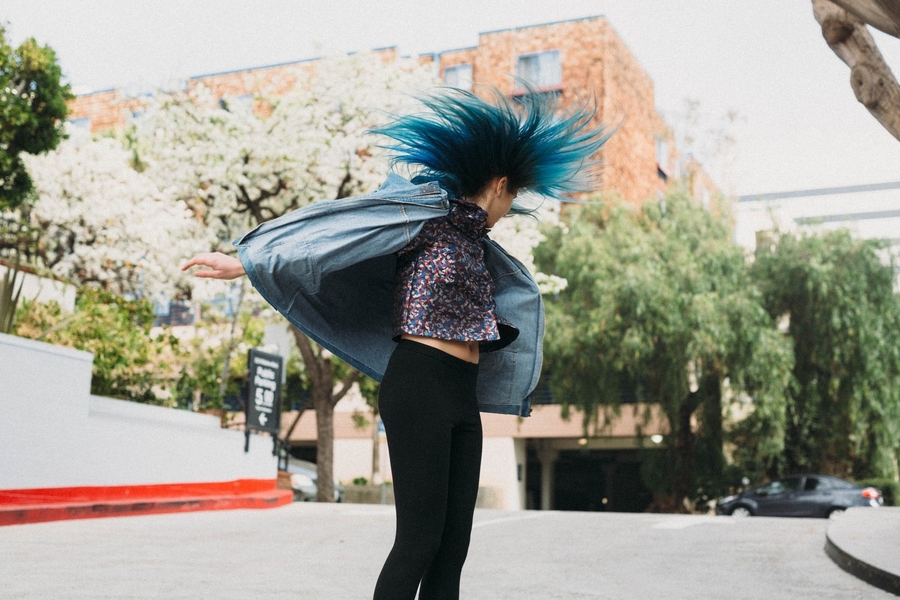 Any software development project requires multiple and diverse actions for implementation and distribution. However, the core one remains the appropriate . The appropriate establishment of user interaction via interface can be more efficient than any following marketing campaigns to ensure the acknowledgment of the solution.

That’s why the search for novelty UI building approaches is always on. Back in 2014, it resulted in the emergence of a new powerful player on the market - Vue.js - progressive Javascript framework which community growth had a rapid.

The basis of success is that Vue web development is a reasonable combination of ancestor’s advantages and unique features. Let’s review what the framework offers and whether it has an edge in comparison to such years-tested UI toolkits like constant .

The phonetic coincidence of the framework name with a word view isn’t accidental. Its core library is concentrated only on the view level. A simple enough entrance to the chart of technologies for creating user interfaces was ensured by:

Simplicity. No extra complications with usage and integration with JS/HTML/CSS knowledge.

Flexibility. Balancing up between the framework and library status it became highly adaptable.

Another benefit is Vue.js development environment that comes with convenient official tooling that implies browser devtools, CLI and a webpack loader as well as libraries including a router, a centralized state management system and SSR. Comparing Vuejs vs React you’ll find a lot of similarities so they can be considered as close enough relatives in the JS family. Taking into account React benefits and popularity that can be already marked up as a pro in comparison to others. They share the following features and readings of the quality metrics:

In absolute numbers, both frameworks are similar fast since they both rely on virtual DOM for UI storage and full rendering leaving for the actual DOM only certain component updates. That allows passing data of bigger amount through apps keeping the required performance level.

One of the advantages of both frameworks that they don’t overcomplicate the focus for the core library which is in Vue supported officially. Extras required for the development of complex custom solutions like routing, tool building, global state management, etc. are handled by libraries and package tooling.

Vue is also all for one-way data binding between components. This way the data flow is simpler for the use in custom solutions. Besides, It makes UI of any result of as well more responsive and suitable for integration of real-time changes.

The core differences lie in the approaches to achieving goals used in React and Vue.js app development. Vue based on React experience found novelty and improved ways to reach the required conditions and diversify the possibilities for UI development. It concerns:

Vue provides a much shorter path to the required state. While React re-renders the entire component from the root to the child unless it’s adjusted Vue performs the task more precisely. It’s achieved through automatic tracking of dependencies during component rendering.

React is all about Javascript. To express UI of components it uses a declarative XML within JS - JSX. Although it has proven benefits it’s not the easiest way to go. Vue also supports JSX but it relies more on templates including HTML-based simplifying coding and raising dev productivity.

In React even is CSS-in-JS. Vue also supports some of its libraries but again relies on a more straightforward and flexible styling method by fully accessing CSS through single-file components in the file containing component code.

Vue framework for Weex is still being polished that’s why the remaining option here is to use NativeScript plugin - NativeScript-Vue. But unfortunately, it significantly loses to RN in performance making it a less attractive choice.

Comparable by performance speed and overtaken by size that is more than twice bigger than Vue Angular stumbles on the same clause here as in the race with React - Typescript. Surely, it has its benefits that’s why Vue has built-in TS support (still needs adjusting) however steep learning curve often causes framework rejection on early stages.

Vue is the ecosystem where the easy way doesn’t mean wrong or the one that causes quality reduction of the final product. It focuses more on the result than on the conformity to established rules as Angular earning this way new creative community members who value freedom more than the perfection of actions.

Even its ancestor AngularJS that doesn’t have all these TS issues can’t race Vue in simplicity, tooling, and flexibility. Sharing some syntax types Vuejs is less structured however provides more clear directive-component separation.

However, take into account that nevertheless, all presented Vue.js advantages in comparison to rivals don’t make it the best UI framework applicable for every web app development. Its smaller community, experience on the market and vast flexibility that in some cases can be considered excessive make it less stable and robust than its ancestors.

When use Vue.js for your project

There are certain aspects of the developed concepts that can define that Vue is the best choice for its frontend implementation.

Over the years some backend frameworks showed better compatibility with Vue.js. Full-stack development can benefit from the following combinations:

(on ) - a good choice for a simple server-side application;

- MVC framework for which Vue is already an in-box frontend solution;

So the selection of one of these frameworks or also Django or Rails can be an indicator to consider Vue.js frontend development for your project.

When the project doesn’t have an exact outline its important to leave the room for changes. Vue with its broad flexibility ensures scaling up no less good than React and down just as good as jQuery providing the team with the simplest development start - one script tag.

Not a fan of static minimalistic UI? Vue gives the ability to fully release the creativity and distinguish the website with smooth animations, elegant transitions or interactive dashboards bringing the interaction and communication with users on another level.

If the ultimate goal isn’t a single solution then it’s better in advance to ensure further smooth integration process to avoid inconveniences with the developed product. VueJS ensures the easy process with whether existing apps or full SPA.

Whatever project kind is they both and prototype usually share the initial condition: low budget, limited resources, and short time-frame. But Vue eases the pressure thanks to its quick setup and flexibility that result in fast and efficient development.

Web apps that are single-page or upgraded to progressive definitely benefit from Vue.js UI. Vue opened the doors for the framework to the tech stack of custom solutions for the scopes like eCommerce, retail, hospitality, and media. According to Vue’s catching in the number of live websites with React on WWW despite almost 5 years time difference. There are available Vuejs e-commerce solutions like for online marketplaces and other mentioned fields with a high focus on customers. Thanks to that it looks like it will continue its influence on the frontend development with the powerful support of the business sector.

The described features the framework is valued for that ensures within Vue fast development of high-performance apps which implementation is simple and versatile enough are valid until version 2. However, the announced last year v.3.0 changes the core approaches including codebase that’s now in Typescript. All together they started to erase the true identity of appreciated Vue.js.